Havens BBS is back online. Let see. I ran it from 95 – 98 I think? I don’t rightly know. I just know I had a lot of fun back then. I was really on the right track. Then “the bitch” ruined my life. She wanted to stay home and make babies. I had to put my computer career on hold. That lasted 20 years. Well..better late then never. I have a lot of catching up to do but I love doing it. Check it out http://havens.synchro.net:2000 or if you’re a point and click person start at https://havens.synchronetbbs.org

Someone blow the dust off this server. I’m here to post something. I never knew a site could be so slow. I feel like I’m living in the 90’s logging onto websites over a phone line. Anyway, it took me so long to get here I forgot what I wanted to write about… … … … Oh yea! My BBS. A few months ago I decided to put up another BBS. Same one I ran in the 90’s only on a modern system. The board is called “Havens BBS”. You can reach it by telnet to havens.synchro.net port 23 or you can use https://havens.synchro.net. The board is connected to many “nets” such as Dovenet, Retronet, and Micronet among others. It’s great to be back to running a BBS. It can be frustrating sometimes but nothing feels better when I can get it to work. I’m running Synchronet BBS for Linux on a Ubuntu Server. It has some glitches but nothing I can’t handle. The ANSI screens can be difficult as I am not an artist. All in all it’s been a rewarding experience so far. The user base is no where near the way it was back in the 90’s but considering the timeline I can’t believe the amount of people there are still using a BBS.

WOW. I can’t believe how slow this site is. I guess it’s being run somebody’s 386 inside their closet somewhere in Japan. Well, it’s free so one shouldn’t complain right? Wrong. I’m gonna complain. It’s not even worth it to spend time working on the site. Besides does anyway visit http sites anymore?? OK.. I’m done complaining. I feel better!

The NFL Playoffs are here already here. The road to the Superbowl is now being paved by the teams that have made it to the Playoffs. This weekend is Wild Card Weekend. Today two teams will be eliminated from the Playoffs and play their last game of the season. Who will that be? The Colts? The Texans? Seahawks? or the Cowboys? I am watching the Colts vs Texans and the Colts are winning 21-0 at the halftime. I don’t see the Texans coming back from such a deficit but who knows? The season has had many upsets and no team is out of of it. Anyone can win right until the last play of the game! 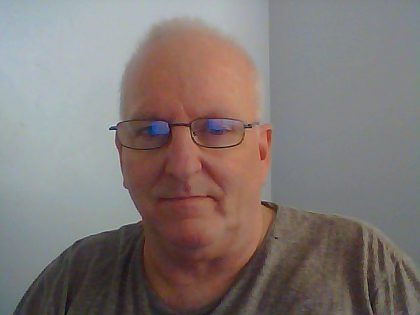 WOW! I can’t believe how many “scammers” are online. I’ve been hitting the dating sites and chatting with people on Twitter and Facebook. I can’t find one girl that is real. They all have some story and try to get money from me. Some of the stories they come up with are amusing. The problem is they all have the same one. They all start with “I am looking for an honest man” then they want to tell you about how their men cheated on them. Then they send you sexy pictures. Some of them send nudes and then try to get you to pay for their internet by buying them an Iphone card. Some want Amazon gift cards or other gift cards. The best part is they will tell you they never asked for money. Has anyone seen the movie with the prostitute doing sexual favors but they don’t take cash? These so called girls think they invented this shit! News flash ladies. Women have been selling themselves since the beginning of time.

And how does this “honesty thing” work?? I have to be honest but she can lie as much as she wants? I don’t get it? It’s OK for you to try and sell your body to me? Sell pictures, services or whatever? But I have to be honest and trustworthy.The internet is porn polluted! Why would any man in their right mind pay for a nude? The bad news is if there really is an honest woman out there I’m never going to trust them anyway. Relationships are built on trust. Starting out with even the smallest of lie’s will make me run to the nearest exit!